The Bützow PB is in the Rostock local press!

The German EmPaci team contributed an article to the non-profit journal “Rostocker Stadtgespräche” which is focussed on urban development and citizen empowerment:

The (German) article can be downloaded here

Announcing the winners! – Summarising the results of 2021

The citizens have voted and the results are here. From 25th August to 10th September 2021, 1 750 votes were collected to decide how the 40.000 EUR-budget is to be distributed. Over the course of the online voting 360 accounts were created at the online platform. The offline voting was possible at the assembly hall and additionally at a little event of a local TV channel (“NDR-Fest”) at the last day of voting.

Something special about the winning proposal, is not necessarily the topic of planting trees in a certain area of Bützow, but the proposer itself. A little girl made the proposal, literally saying: “I miss the trees.” That shows, that even the little ones contribute to PB and have a chance to realize their ideas!

Outlook on the implementation:

The implementation of the first proposal is already planned for the 1st quarter of 2022. The second winning proposal will be further discussed with the proposer about the wishes for equipment and location. The implementation is planned for the second quarter of 2022 together with the remaining winning proposals. Meanwhile all of last year’s winners are nearly implemented, as only one project is pending due to an official approval at the state level.

Feasibility check done – 61 proposals up to vote on

From the previous 138 proposals, 61 passed the feasibility check. Citizens will have 5 votes to distribute among the ideas. This year 40.000 EUR are ready to be used for the citizens’ needs. Due to the on-going COVID-19 pandemic, an offline and online voting is possible, from 25th August to 10th October 2021.

Again, an extensive information brochure will be provided to inform about the proposals, including their descriptions, the locations and the view of the administration regarding the costs and scope of the possible implementation.

The next date will be the announcement of the winning proposals at 10th September after the end of the voting phase.

The new PB process for the second pilot has started and the proposal phase has ended on 30th April. In total, 138 proposals were collected at a balanced ratio by online and offline submission. Currently, the feasibility of all proposals will be checked and will be ready at the end of July!

While the second PB process is already running, the proposals of the first run come to life. The first project of a PB in Bützow is already implemented: A renewed hiking trail around Bützow. 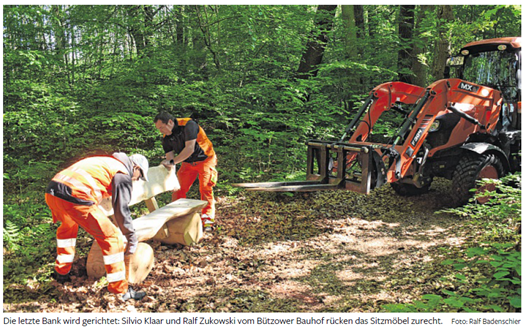 The three remaining projects will follow soon and are visualised on the website by sketches of local young artist. 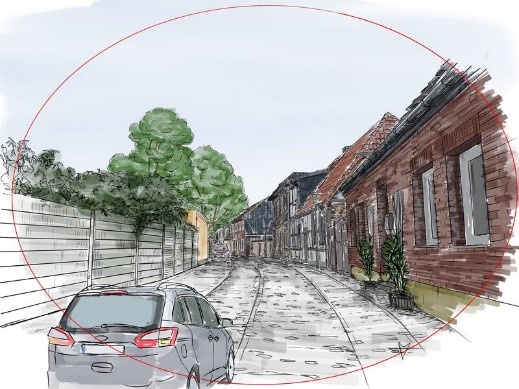 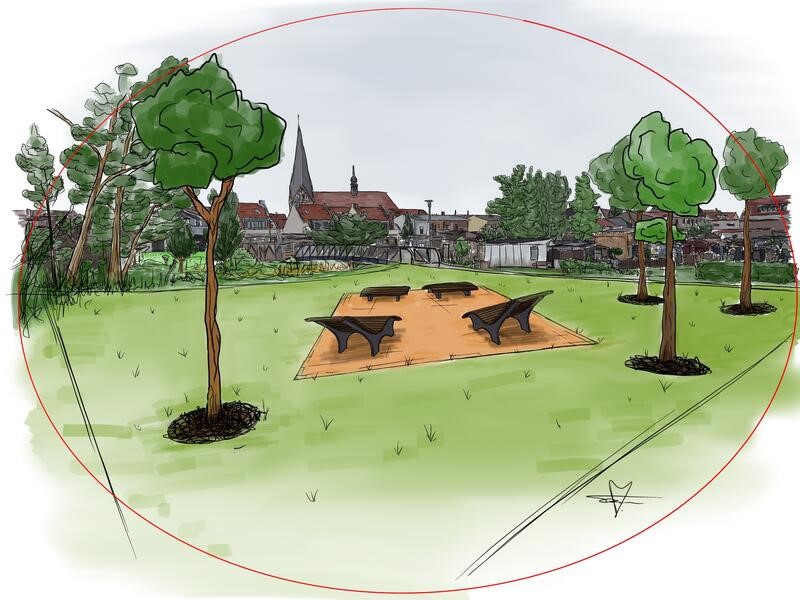 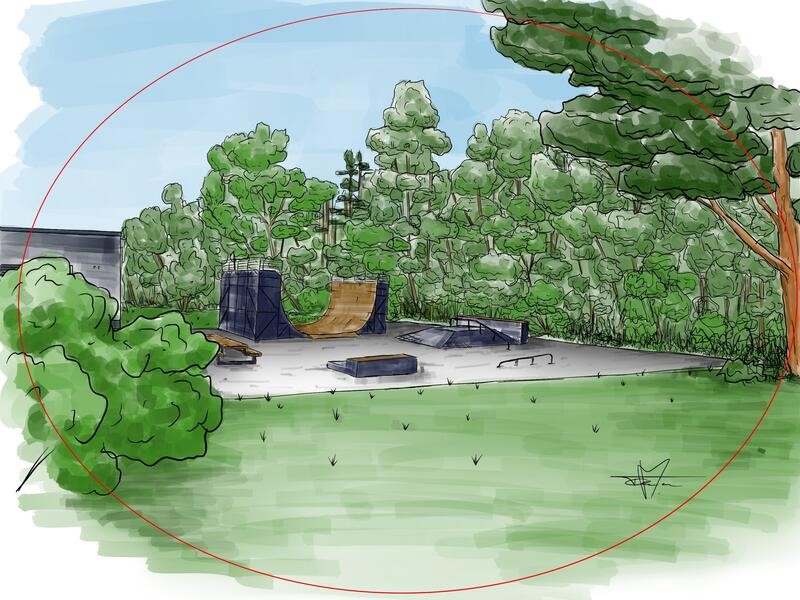 Let’s see, what the new proposals will bring to Bützow!

A reminder: At the end of the proposal phase 133 proposals were submitted by citizens of any age. The diversity was really surprising and overwhelming.

The feasibility check was made, based on criteria published in a statue. To give an idea, some criteria are:

56 out of these 133 proposals passed this feasibility-check in September. All proposals (feasible or not) were categorized by topics and target groups and published in a brochure in October. Every proposer as well as target group related associations, institutions and schools got at least one copy. After that, the voting phase started, divided into two phases (also due to the COVID-19 pandemic).

Currently, the implementation of the proposals is prepared. The proposal provider will be involved in the actual realisation as well.

The goal is, to realise the winning proposals as soon as possible before the 2nd PB starts. We are excited to see the first PB project (directly proposed and voted by citizens) realised in this state!

Proposal phase completed and feasibility checked - get ready for the voting

After the completed feasibility check about 60 of the 133 proposals are left and eligible for the voting. The citizens may like more than one proposal and will get 5 votes, to distribute between the different proposals.

All provided proposals will be presented in an information brochure that has the following features:

This brochure will be available online and offline around the municipality. In addition, the involved citizen initiative will support the dissemination of the brochure. Maybe it will be sent to the households by mail.

Due to the on-going COVID-19 pandemic the date for the voting phase is delayed and a bit uncertain. A possible schedule looks as follows:

Parallel the planning for a better IT-solution of the online platform for the second edition of the participatory budget continues.

There is a Role for Everyone in the PB Puzzle

… the proposal phase for the 1st Bützow participatory budget ended. For a municipality with just about 7 500 inhabitants the received 133 proposals are outstanding and a great start! 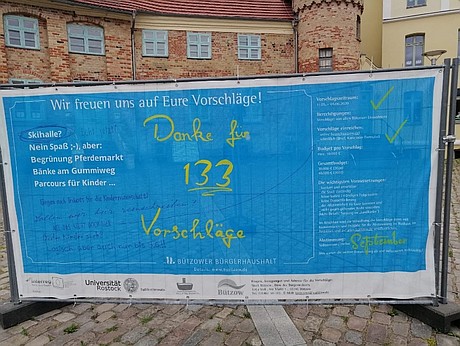 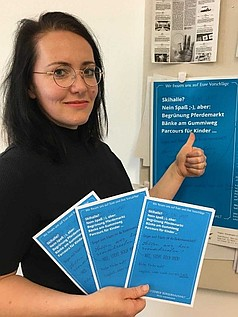 … is the evaluation of this unexpected number of proposals. This feasibility check is scheduled for June and July. The goal is to prepare a final list of possible projects for the voting phase.

The list will give information, why and why not a proposal is admissible. That is a major requirement to be transparent, to give the citizens feedback and to consider the relevant statues inside of the administration`s decision-making.

… is to publish the voting list on August 17th and to provide comprehensive information about the proposals for the next two weeks. As such, the online voting phase will start an on 31st August for one week. Additionally, an "offline voting" in the context of an event on 5 September is planned too. But due to this Corona pandemic, this date is uncertain for now and the future planning of events is considerably more difficult.